Orangutans are on the verge of extinction

Rapid fall in the population of living inhabitants

Proper population census of orangutan began around from the 1900s. Those days, there were around 315,000 orangutans in Sumatra and Borneo Islands (Rijiksen & Meijaard, 1999). Below is a diagram and graph showing the reduction of forests and distribution of orangutans on Borneo Islands from 1950 up until today. Due to the rapid reduction of rainforests which are precious habitats for orangutans, around 80% of them have gone extinct over the past 100 years. 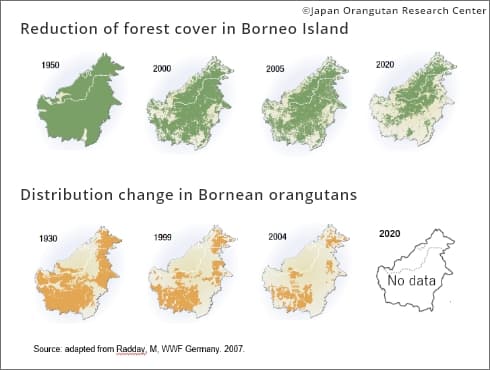 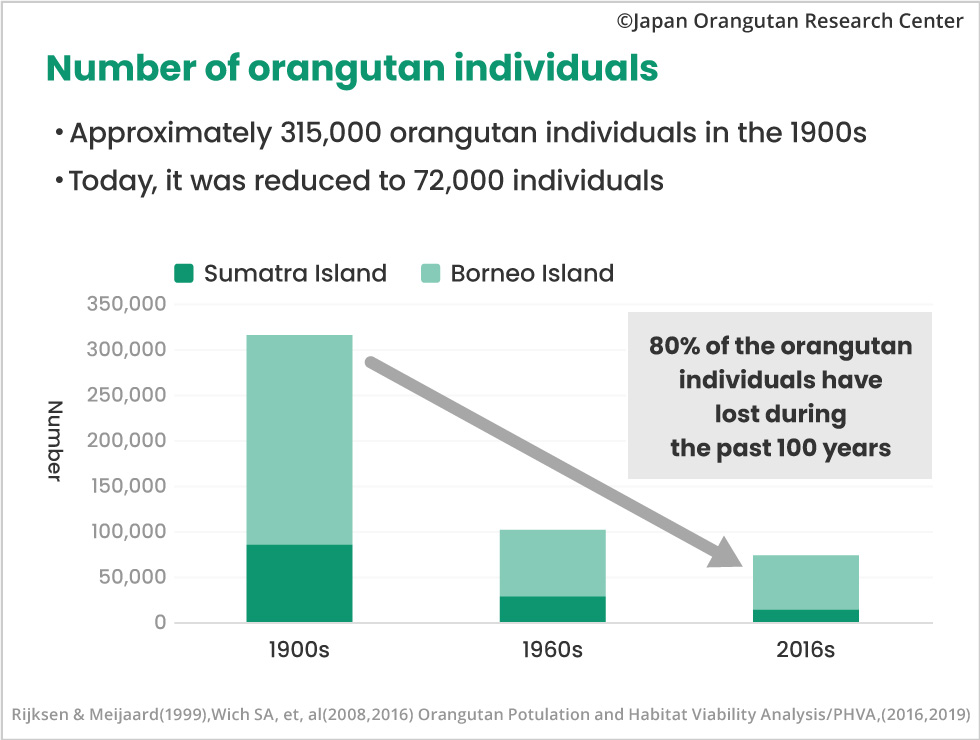 According to the 2016 orangutan population census, it is predicted that there are over 13,000 Sumatran Orangutans and less than 800 Tapanuli Orangutans on Sumatra Island. On Borneo Island, it is estimated that there are more than 57,000 orangutans (Wich et. al., 2016; Orangutan Population and Habitat Viability Assessment 2016, 2019). On the IUCN Red List, the Sumatran orangutan, Bornean orangutan and Tapanuli orangutan were categorised as “Critically Endangered*” (level for the highest risk of extinction) in year 2010, 2016 and 2017, respectively.

Critically Endangered” means in the near future, these species would go extinct in the wild. Once the population level decreases further, their categories will be brought up to “Extinct in the Wild”.

The biggest factor of orangutan population reduction is due to deforestation by destroying their natural habitats. Main reasons include: development of large-scale palm oil plantations, land-clearing, forest fires in drained peat swamp forests, legal logging for commercial purposes, and damaging of forests due to illegal logging in natural reserves, which are mainly developments conducted by people. Other reasons include illegal hunting for the purpose of capturing pets and changes in the living environment due to global warming. 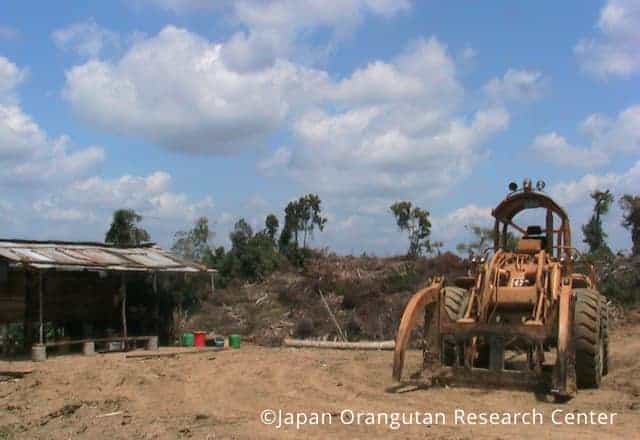 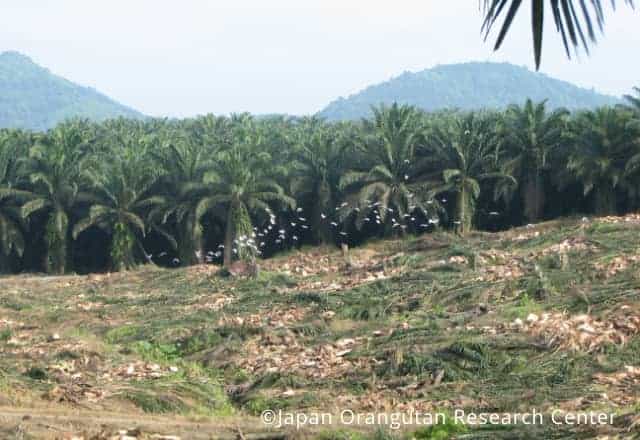 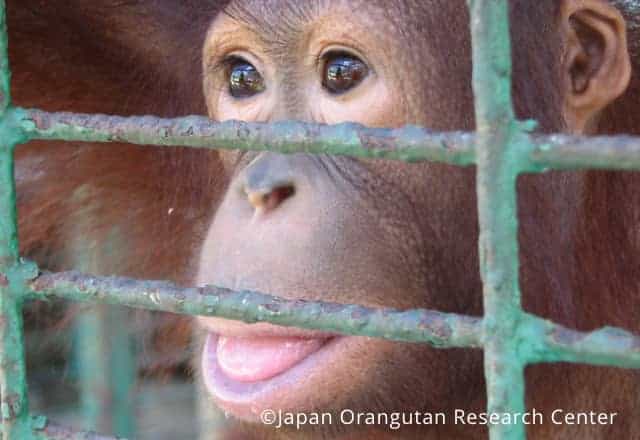 It is not the easiest task to quickly protect these orangutans. Their rate of breeding is very slow, and takes around 6 – 9 years to raise a child. Due to this reason, once there is a fall in the number, it will be extremely difficult to raise the population to the initial level. Also, if there is no proper forest rich with their needs, raising a child would also be a daunting task for them. 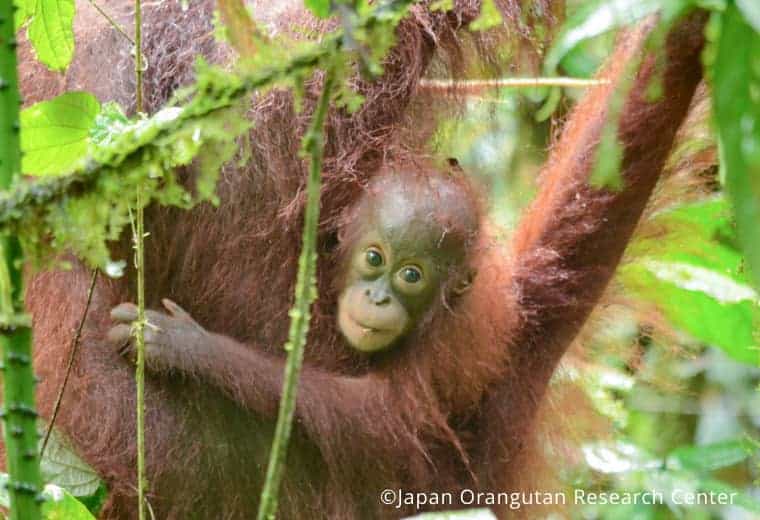 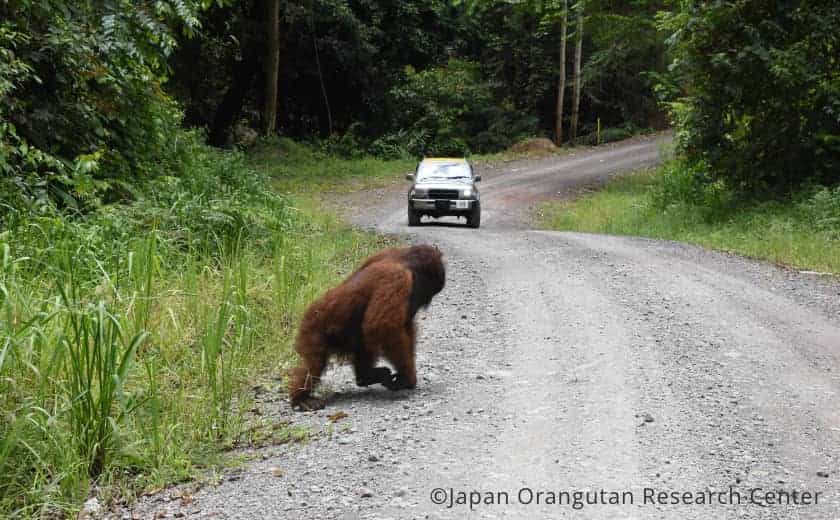 So, what can we do now for these orangutans to put a stop in their reduction and furthermore to increase their population even by a margin? To halt this serious situation, many researchers, zookeepers/staffs, and NPO/NGO activists from all over the globe are working towards this goal by conducting countless research, conservation and communicating them with people via internet. Please participate in our cause!

What we can do

To save the orangutans from the danger of extinction, there are things all of us can do in our daily lives. Let’s start from what is familiar to us.

Currently, palmoil plantations are causing the greatest threat to the rainforest where orangutans live. Japan is one of the many countries that import large amounts of palm oil. In Japan, palmoil is only stated as a “plant-based oil” under the ingredient section of say, processed foods, and therefore many might not find this familiar. However, this palmoil is used in a wide range of products such as snacks, instant food (TV meals), detergents and cosmetic products. From 2011, those products using sustainable palmoil will be sold with a Roundtable Sustainable Palm Oil (RSPO) logo. As this has only began recently, it would be likely that we will not come across it so soon but, in a few years, we will see RSPO certified products in our familiar stores. 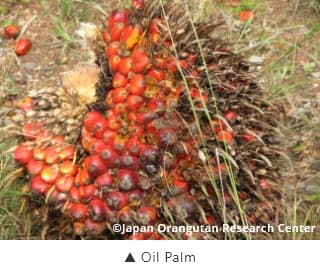 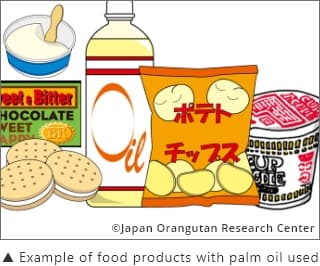 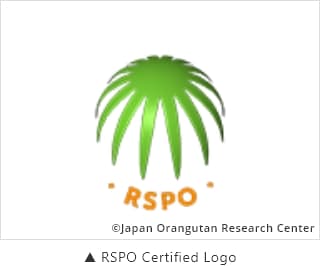 There are illegal loggings of forests even within the national parks in Indonesia, and the orangutans' habitat is getting destroyed in a rapid speed. These illegal loggings put pressure on those managing the forest sustainably. As illegal loggers can reduce costs, they can distribute and sell log/wood cheaper than the supposed market price if sustainability was taken into account. 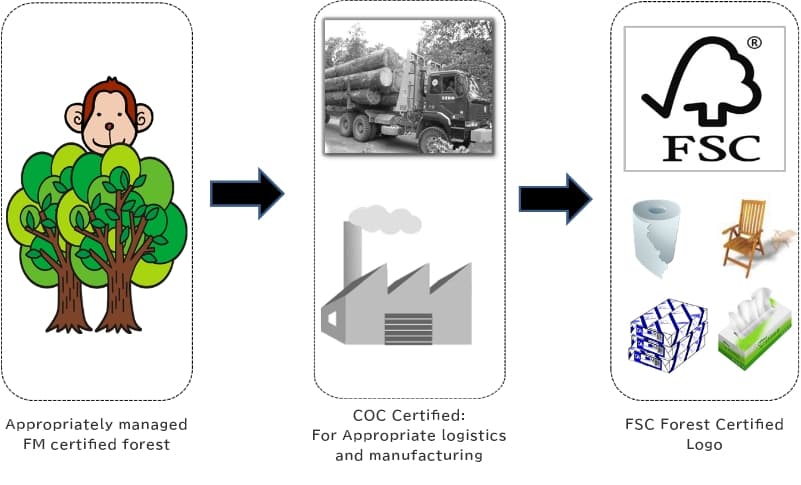 Upon visiting Indonesia or Malaysia, participate in a locally run eco-tour. As tourists actively participate in these eco-tours, it will be an income for locals which would lead to the conservation of the nature and wildlife.Also, visiting orangutan rehabilitation centres, paying for entrance fee, and giving donations would be a vital source of finance for these facilities, leading to better conservations of orangutans.

What is the Orangutan Rehabilitation Centre?

As a part of orangutan conservation, there is a rehabilitation centre. This is where people conserve those orangutans which cannot live in the wild and help them rehabilitate so that they can eventually go back into the wild. This rehabilitation process is structured differently to meet the needs of different orangutans: analysing their health situations and ages, and provided them with quarantine, nursery and feeding platforms where necessary.

※There are many Rehabilitation centres including those that are run privately.

Is the rehabilitation centre the best way to save orangutans?

There is a tendency to be think that rehabilitation centres are the best way to save orangutans due to the influence of mass media. However, orangutans spend up to 6-9 years with their mothers and learn places to find food in the forest and also to socially interact with others. Those who were raised in the rehabilitation centres did not have a chance to learn these skills hence, even after maturity it is not promised that they can live in the wild. As a result, it is known that for the “bringing back into the wild” initiative, the hardest part is the process after sending these orangutans back into the wild forest. 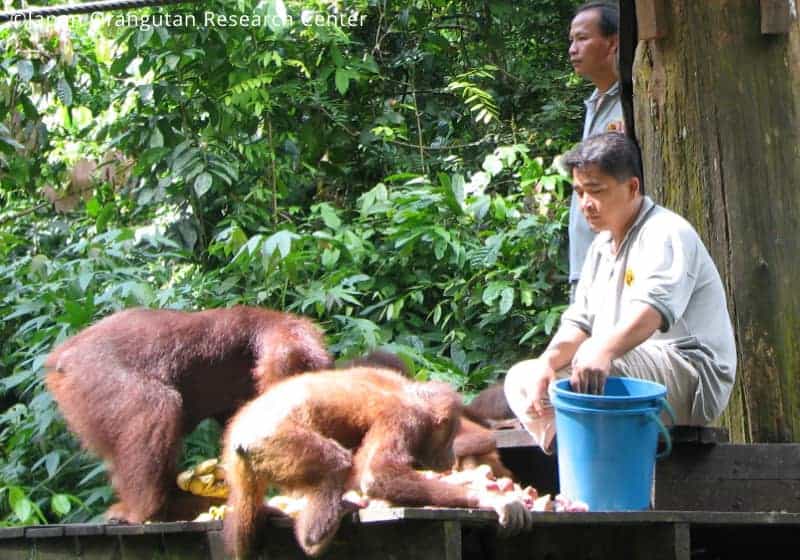 We have received many enquiries wishing to be volunteers in rehabilitation centres but unfortunately these facilities are mainly run by locals and do not accept volunteers from abroad. This is because locals are working with the notion of “running the conservation initiative, led by locals”. So currently, it is most common to see locals getting paid to do volunteer work to take care of orangutans. By producing employment opportunities locally, they are encouraging deeper understandings of orangutan conservation and rehabilitation centre operation among the locals.

If you still want to experience it, please contact these NGOS by checking their websites! Unfortunately, we do not provide services to mediate between those interested and rehabilitation centres. Hence, we would not be able to answer questions pertaining to various facilities.